This the final project for our first semester in Mechatronics. We had the choice of building any robot using the Lego NXT Kit and we decided on building a dominoes laying robot to maximize the satisfaction of toppling dominoes without the pain of erecting them again. The robot uses a PID controller to follow a black line on the ground to place the dominoes. Obstacle avoidance was also built in. The whole system uses three motors. Two for driving and one for laying dominoes. The dominoes are gravity fed, and a reciprocal motion lays the dominoes. 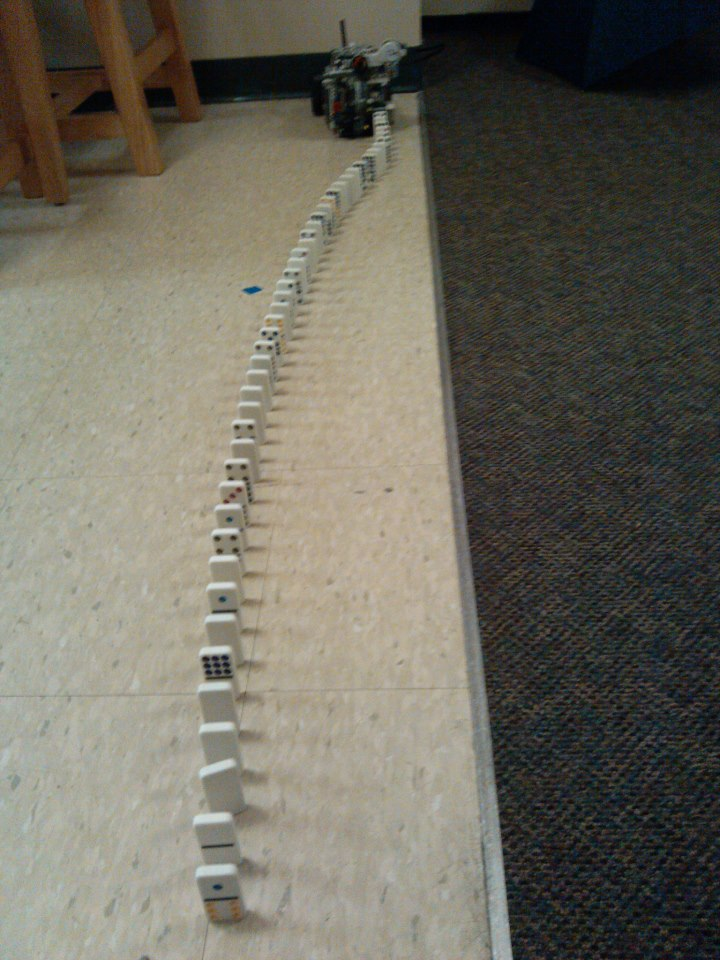 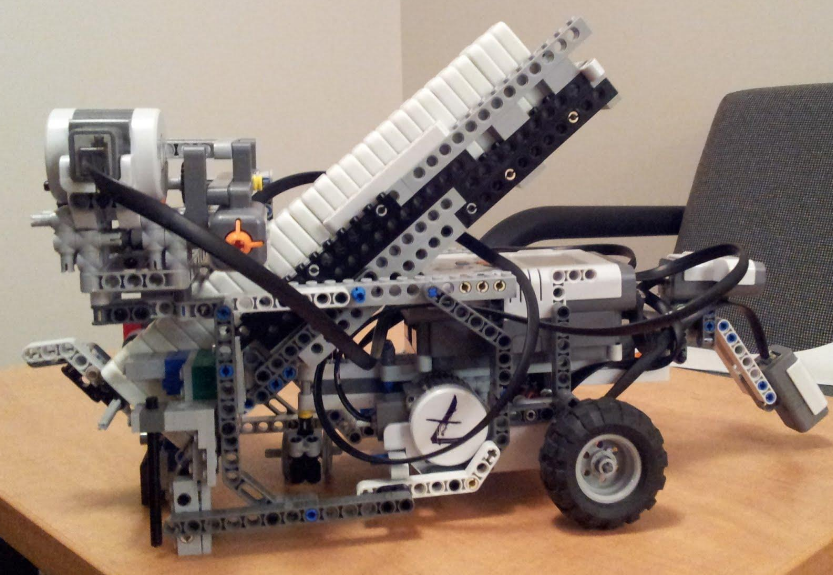